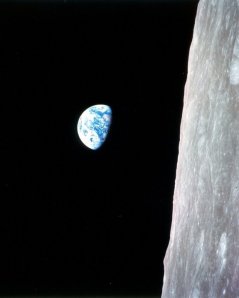 Since 1963, more than eight hundred spacecraft have been launched into geosynchronous orbit, forming a man-made ring of satellites around the Earth. These satellites are destined to become one of the longest-lasting artifacts of human civilization, quietly floating through space long after every trace of humanity has disappeared from the planet.

Trevor Paglen’s The Last Pictures is a project that marks one of these spacecraft with a visual record of our contemporary historical moment. Paglen spent five years interviewing scientists, artists, anthropologists, and philosophers to consider what such a cultural mark should be. Working with materials scientists at Massachusetts Institute of Technology, Paglen developed an artifact designed to last billions of years—an ultra-archival disc, micro-etched with one hundred photographs and encased in a gold-plated shell. In Fall 2012, the communications satellite EchoStar XVI will launch into geostationary orbit with the disc mounted to its anti-earth deck. While the satellite’s broadcast images are as fleeting as the light-speed radio waves they travel on, The Last Pictures will remain in outer space slowly circling the Earth until the Earth itself is no more.

This video gives you the meaning and importance of the project in the words of those who worked to make it a reality. It is one of those rare and magical intersections of science, art, and humanity…one whose legacy will endure until the sun swallows the Earth.