The “King of Prog” Holds Court at The Arcada

Progressive rock has a long history of being the most maligned and misunderstood popular music genre. For those who don’t understand the attraction of the complex compositions, the shifting time signatures, and the esoteric lyrics, nothing will make them don headphones and revel in the Lamb Lies Down on Broadway in a dark room. I wish them well.

But for those who are longtime or even new fans of prog, oh…what a wonderful time it is! Progressive rock is currently undergoing a renaissance of sorts as the millennials whose parents raised them on a steady diet of Pink Floyd, Genesis, Yes, and Rush are now creating music whose foundation is classic prog melded with flavors of alternative, grunge, metal, and folk. New bands from Poland, Australia, Brazil, Israel, and Russia are giving listeners a steady stream of new sounds that move, sooth, and rock. 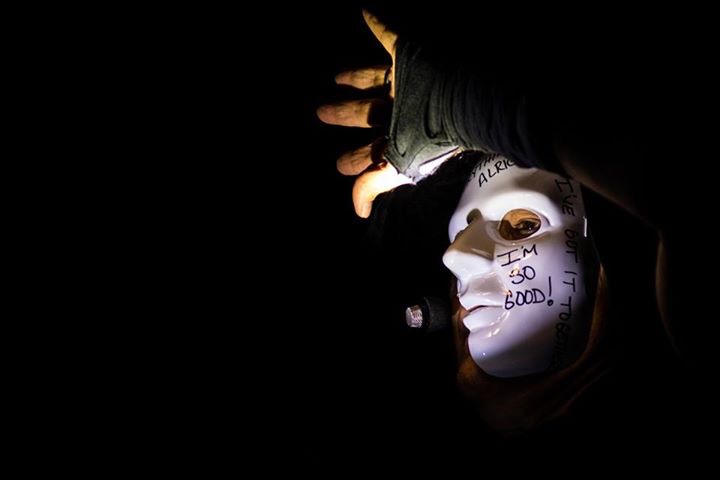 Long-standing prog legends like Yes, King Crimson, and the Moody Blues are still touring and putting out new music. But it is the 2nd generation prog bands like Marillion, Queensrÿche, Dream Theater, Spock’s Beard, and many others who have become the royalty of our beloved genre. And if they are royalty then there can only be one king and his name is Neal Morse. Now…Neal would never agree with that title and he’ll probably cringe when he reads this, but the fans know it’s true.

Neal Morse is probably the most prolific singer/songwriter in modern music. His abilities seem to know no boundaries. He effortlessly can move between prog, metal, classic rock, folk, latin, Christian worship, and even country themes. He is a multi-instrumentalist with stunning mastery over keyboard, guitar, drums, and even the tuba (not   kidding). But his skill as a songwriter and composer stand out to anyone who is familiar with his massive catalog of work.

Since his departure from Spock’s Beard to focus on his solo work, Neal has founded two new bands (Flying Colors and The Neal Morse Band) and revived the supergroup, Transatlantic. He has also continued to produce a steady stream of worship albums and a few solo albums. Most of these projects involve the amazing Mike Portnoy (Dream Theater, Winery Dogs, etc.) with whom Neal has recorded 20 albums over the past two decades, each one a masterpiece in its own right.

Last Friday night, The Neal Morse Band appeared at the Arcada Theater in St. Charles, Illinois on the first leg of their “A Road Called Home” tour. This tour is in support of their most recent album “The Similitude of a Dream”, a 2-disc concept album inspired by John Bunyon’s 17th century allegorical tale “The Pilgrim’s Progress.” The new album has been praised by critics and is at the top of nearly every list of the best rock albums of 2016. To say this album is a masterpiece is wholly inadequate. It represents everything that progressive rock aspires to be and resonates with a passion that is absent in most of modern music.

Bringing this 106-minute masterwork (in its entirety) to a live audience is an awe-inspiring thing to witness. Just the sheer number of notes that each band member is required to memorize and master is staggering enough. But to execute it all, nearly flawlessly, and with an energy and spirit of joy is something that few bands even attempt, much less deliver.

Mike Portnoy is universally honored as one of the greatest drummers of all time. He always delivers and provides just enough audience encouragement to keep everything flowing. Randy George laid down the groove and flawlessly played more notes than any bass player I’ve ever seen. The multi-instrumentalist genius Bill Hubauer provided stunning keyboard layers and solos, mandolin, saxophone, and powerful vocals to the mix. Eric Gillette has emerged as a guitar virtuoso (he’s pretty awesome on the keys and drums too) with an utterly amazing voice. His vocals add new dimensions to the upper vocal ranges and add a powerful layer to the often-used four-part harmonies that are prominent in the band’s compositions.

And then there’s Neal. Unless you’ve experienced his music and his live performances it is difficult to convey in words the enormous amount of talent present in this artist. If you were to take Bob Dylan, Rick Wakeman, Carlos Santana, Frank Zappa, and John Lennon and mash them up into one artist, you might get a glimpse of the talent, skill, passion, and work ethic of Neal Morse. He writes beautiful songs that sparkle with his deep faith. He constructs melodies that inhabit your very soul. He composes songs and movements that are modern symphonies. And he does it all with a humility and grace that is a million miles from the typical “rock god” you might encounter.

Other reviewers have reported on the set list and musical particulars. However, as I sit here, the lasting impression of the show is a deep sense of gratitude. That’s the best word to describe the emotions stirred up when you witness five men who pour out the sum total of their talent and skill with such an obvious sense of joy and passion. The audience witnessed the five masters having fun and revelling in each other and the audience. It was an expression of the magical power that music has upon the human soul.

If you have a chance to see them on the remainder of the US tour or in Europe this Spring, don’t miss it. You too will be grateful.