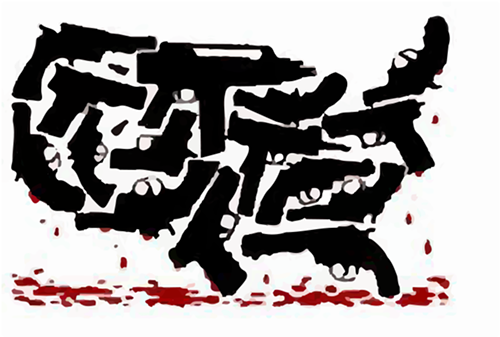 This essay was originally published in Parade Magazine on January 14, 1990 on page 4. I believe it to be the clearest, most cogent, and historically accurate interpretation of the 2nd Amendment from an originalist point of view. And the author had the added benefit of being a person of substantial authority on matters of Constitutional interpretation. It was written by the Honorable Warren E. Burger, Chief Justice of the United States (1969-86).

The Right To Bear Arms

Our metropolitan centers, and some suburban communities of America, are setting new records for homicides by handguns. Many of our large centers have up to 10 times the murder rate of all of Western Europe. In 1988, there were 9000 handgun murders in America. Last year, Washington, D.C., alone had more than 400 homicides — setting a new record for our capital.

The Constitution of the United States, in its Second Amendment, guarantees a “right of the people to keep and bear arms.” However, the meaning of this clause cannot be understood except by looking to the purpose, the setting and the objectives of the draftsmen. The first 10 amendments — the Bill of Rights — were not drafted at Philadelphia in 1787; that document came two years later than the Constitution. Most of the states already had bills of rights, but the Constitution might not have been ratified in 1788 if the states had not had assurances that a national Bill of Rights would soon be added.

People of that day were apprehensive about the new “monster” national government presented to them, and this helps explain the language and purpose of the Second Amendment. A few lines after the First Amendment’s guarantees — against “establishment of religion,” “free exercise” of religion, free speech and free press — came a guarantee that grew out of the deep-seated fear of a “national” or “standing” army. The same First Congress that approved the right to keep and bear arms also limited the national army to 840 men; Congress in the Second Amendment then provided:

“A well regulated Militia, being necessary to the security of a free State, the right of the people to keep and bear Arms, shall not be infringed.”
In the 1789 debate in Congress on James Madison’s proposed Bill of Rights, Elbridge Gerry argued that a state militia was necessary:
“to prevent the establishment of a standing army, the bane of liberty … Whenever governments mean to invade the rights and liberties of the people, they always attempt to destroy the militia in order to raise and army upon their ruins.”
We see that the need for a state militia was the predicate of the “right” guaranteed; in short, it was declared “necessary” in order to have a state military force to protect the security of the state. That Second Amendment clause must be read as though the word “because” was the opening word of the guarantee. Today, of course, the “state militia” serves a very different purpose. A huge national defense establishment has taken over the role of the militia of 200 years ago.

Some have exploited these ancient concerns, blurring sporting guns — rifles, shotguns and even machine pistols — with all firearms, including what are now called “Saturday night specials.” There is, of course, a great difference between sporting guns and handguns. Some regulation of handguns has long been accepted as imperative; laws relating to “concealed weapons” are common. That we may be “over-regulated” in some areas of life has never held us back from more regulation of automobiles, airplanes, motorboats and “concealed weapons.”

Let’s look at the history.

First, many of the 3.5 million people living in the 13 original Colonies depended on wild game for food, and a good many of them required firearms for their defense from marauding Indians — and later from the French and English. Underlying all these needs was an important concept that each able-bodied man in each of the 133 independent states had to help or defend his state.

The early opposition to the idea of national or standing armies was maintained under the Articles of Confederation; that confederation had no standing army and wanted none. The state militia — essentially a part-time citizen army, as in Switzerland today — was the only kind of “army” they wanted. From the time of the Declaration of Independence through the victory at Yorktown in 1781, George Washington, as the commander-in-chief of these volunteer-militia armies, had to depend upon the states to send those volunteers.

When a company of New Jersey militia volunteers reported for duty to Washington at Valley Forge, the men initially declined to take an oath to “the United States,” maintaining, “Our country is New Jersey.” Massachusetts Bay men, Virginians and others felt the same way. To the American of the 18th century, his state was his country, and his freedom was defended by his militia.

The victory at Yorktown — and the ratification of the Bill of Rights a decade later — did not change people’s attitudes about a national army. They had lived for years under the notion that each state would maintain its own military establishment, and the seaboard states had their own navies as well. These people, and their fathers and grandfathers before them, remembered how monarchs had used standing armies to oppress their ancestors in Europe. Americans wanted no part of this. A state militia, like a rifle and powder horn, was as much a part of life as the automobile is today; pistols were largely for officers, aristocrats — and dueling.

Against this background, it was not surprising that the provision concerning firearms emerged in very simple terms with the significant predicate — basing the right on the necessity for a “well regulated militia,” a state army.

In the two centuries since then — with two world wars and some lesser ones — it has become clear, sadly, that we have no choice but to maintain a standing national army while still maintaining a “militia” by way of the National Guard, which can be swiftly integrated into the national defense forces.

Americans also have a right to defend their homes, and we need not challenge that. Nor does anyone seriously question that the Constitution protects the right of hunters to own and keep sporting guns for hunting game any more than anyone would challenge the right to own and keep fishing rods and other equipment for fishing — or to own automobiles. To “keep and bear arms” for hunting today is essentially a recreational activity and not an imperative of survival, as it was 200 years ago; “Saturday night specials” and machine guns are not recreational weapons and surely are as much in need of regulation as motor vehicles.

Americans should ask themselves a few questions. The Constitution does not mention automobiles or motorboats, but the right to keep and own an automobile is beyond question; equally beyond question is the power of the state to regulate the purchase or the transfer of such a vehicle and the right to license the vehicle and the driver with reasonable standards. In some places, even a bicycle must be registered, as must some household dogs.

If we are to stop this mindless homicidal carnage, is it unreasonable:

These are the kind of questions the American people must answer if we are to preserve the “domestic tranquillity” promised in the Constitution.

4 thoughts on “Interpreting the 2nd Amendment”