WikiLeaks, Russia, and the Wicked Witch 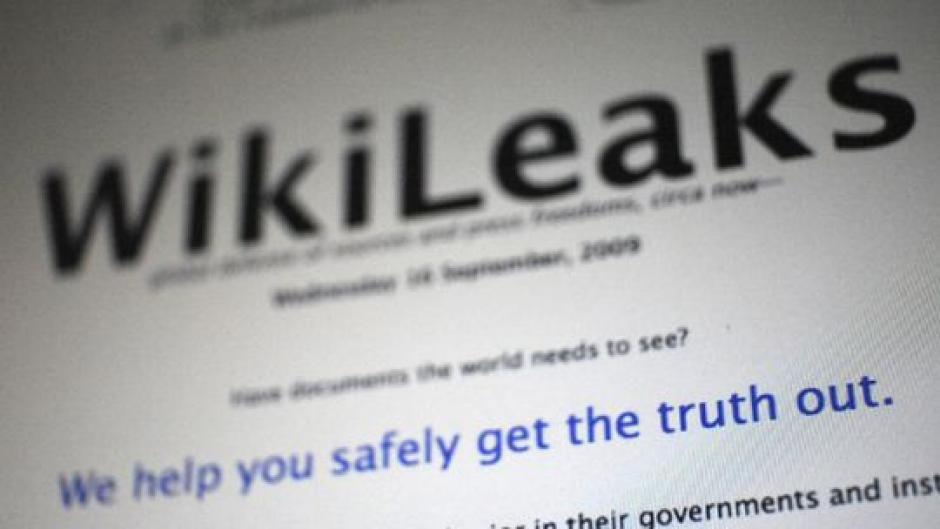 The legendary journalist Edward R. Murrow made two statements about his craft that, when taken together, form an eerily precient warning about news and the media in the 21st century. He said:

“The speed of communications is wondrous to behold. It is also true that speed can multiply the distribution of information that we know to be untrue.”

As the democratization of content creation has flourished due to social media platforms, the ubiquity of smartphones with high quality cameras, and the growth of the “opinion culture”, so has the plethora of unreliable information masquerading as news. The infection has spread beyond the easily identifiable outlets such as Breitbart, The Drudge Report, and RawStory. Now it is common to hear “news” whose source is not professional, difficult or impossible to fact-check, and clearly motivated by an agenda. The most notable and suspect of them all is WikiLeaks.

Let’s examine what WikiLeak is. On the About page of the website, the publisher claims, “WikiLeaks specializes in the analysis and publication of large datasets of censored or otherwise restricted official materials involving war, spying and corruption. It has so far published more than 10 million documents and associated analyses.” This sounds great, except for one monumentally important detail: virtually all of the documents published by WikiLeaks are obtained through illegal means. Whether the documents are leaked by people in government organizations, or obtained through hacking, in most cases the sourcing is illegal and the publication is in violation of the source country’s laws.

This scofflaw attitude is not surprising when one considers the stated purpose of WikiLeaks as observed by the MIT Technology Review back in 2010:

In 2006, Assange wrote a series of essays that have recently been tapped as an explanation of his political philosophy. A close reading of these essays shows that Assange’s personal philosophy is in opposition to what he calls secrecy-based, authoritarian conspiracy governments, in which category he includes the US government and many others not conventionally thought of as authoritarian. Thus, as opposed to espousing a philosophy of radical transparency, Assange is not “about letting sunlight into the room so much as about throwing grit in the machine.”

You see, Mr. Assange and his organization are not concerned about the truth, per se. But rather, they are in the business of embarrassing governments they deem as secretive and authoritarian by “throwing grit in the machine.” Let’s call this what it is…it’s anarchy.

As one would expect, Mr. Assange and WikiLeaks promised to deliver stunning revelations about the candidates that would rock the 2016 Presidential Election in the United States. To date, WikiLeaks has made good on that promise but they have focused the majority of their attention on Former Secretary of State, Hillary Clinton. Throughout the campaign, WikiLeaks has timed the release of tens of thousands of stolen emails from Clinton, her State Department staff, and advisors and consultants close to the Secretary. While none of the revelations have ended Secretary Clinton’s campaign, some have provided convenient validation of popular lines of attack regarding her alleged influence peddling and dichotomous paid speeches to Wall Street firms. As one would expect, the traditional news media has gobbled up these revelations via WikiLeaks and routinely present them as facts. This is where is gets messy.

The Obama administration has categorically stated that WikiLeaks documents pertaining to Clinton were obtained through illegal hacking perpetrated by the Russian government. Let that sink in for a moment. Russia hacked the former Secretary of State and her colleagues, then handed the documents over to WikiLeaks knowing that they would release them under their altruistics banner of openness and transparency. The level of coordination and cooperation between Assange and the Russians is not yet known, but in any case, WikiLeaks has knowingly become an accomplice to a crime of cyber-warfare.

The willingness of WikiLeaks to publish the illegal documents provides the Russians and other adversaries of the United States with an information laundering service more than happy to promote lies, propaganda, and classified information. But if these documents are authentic, then isn’t it good that we have transparency so we can hold our government accountable? Yes, if the authenticity of the documents could be verified, but it cannot.

You see, an email is nothing more than a text document, very similar to a Microsoft Word file. It has special headers and footers embedded in the text document with instructions for the email server that send and receive the files, but the body of the message is typically plain text. This means that anyone with a simple text editor can change the information contained in an email. It is even easier when you have thousands of examples of emails showing how subject lines are constructed, what specialized vocabulary and abbreviations are used, and the names, roles, and lines of influence of thousands of people. It is a small matter for an intelligence service like the Russian FSB to plant false information among the thousands of legitimate emails to promote a narrative of strategic importance to their interests. And it would be very difficult, if not impossible, for a news agency to distinguish authentic information from false information manufactured by the Russians.

All of this is known by WikiLeaks and the media. Yet they continue to publish this hacked, stolen, and potentially false information and serve it up to the people as actual vetted and reliable news.

Many view Hillary Clinton as the Wicked Witch of the West. But regardless of your opinion of her, she is entitled to a reasonable level of journalistic integrity. And we should all be concerned when our news outlets knowingly collude with criminals and spies to promote an agenda of an adversary government.

13 thoughts on “WikiLeaks, Russia, and the Wicked Witch”